After a 2019 not very favorable for zinc, characterized by a slowdown in consumption in the West and in China, the volatility of prices and the persistent presence of Backwardation (cash prices higher than the forward prices), the US-China year-end agreements had hinted at a 2020 slightly recovering.

It was not so.

At the end of the first quarter 2020, we must note that the situation has worsened due to Covid-19, appeared in China in January and spread to the West from February onwards.

Prices, whose descent had begun in September 2019, when they broke the barrier 2.300 $/Your, they continued the descending parable so much that at the end of January they lost the 3% and, away, with the aggravation of Covid-19, they closed with a loss of 18% in late April. Prices, so, have returned to the level of 2016.

It is paltry to console yourself with the fact that other metals, except Lead, have experienced major losses.

La Backwardation, who had dominated the whole 2019, has started to shrink from 7 February 2020, when the Contango peeped, press the 5 $/Ton and then a 15 $/Your; levels, these, insufficient to bring liquidity to the system, because they are not attractive to investors. 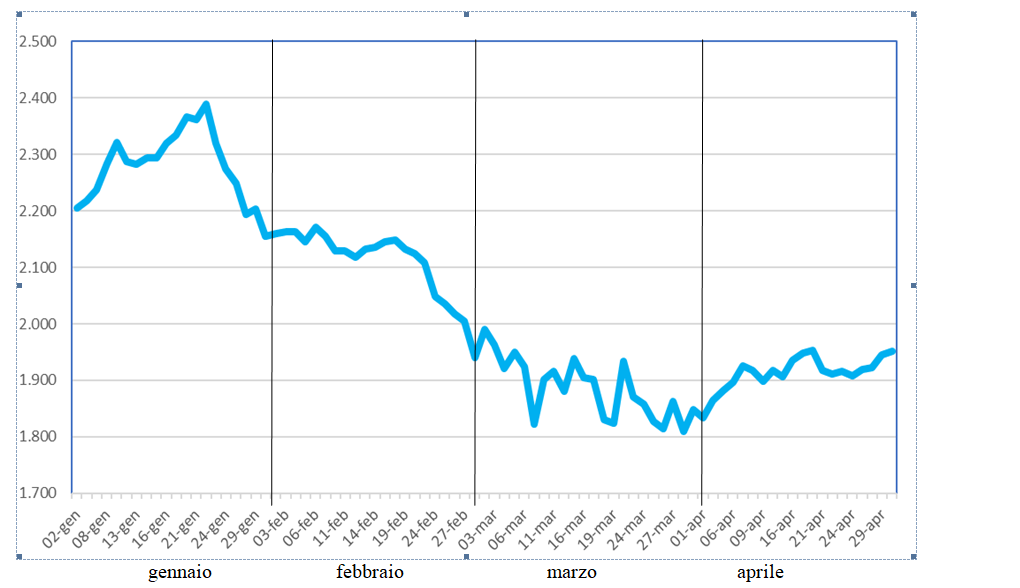 From early April, we are witnessing a slight consolidation of prices which, In a month, recover the 5,5%; this recovery is mainly due to the elimination of arbitrage between LME prices (London) and those SHFE (Shanghai Stock Exchange). The difference between the two markets was -132 $/Ton in January and dropped to -14,98 $/Ton del 28 April. This facilitated the opening of imports by China to fill the production gap created within the closure of some mines and the shutdown of many smelters forced to adapt to stringent environmental measures.

Everything will depend on the evolution of Covid-19 and how we will get out of it. What is certain is that the situation will no longer be as before and the forecasts and econometric models of the past will not be sufficient to predict the future. At the moment, But, a fact is certain: the car crisis will not have to continue any longer because this sector absorbs the 12% of world consumption.

For Zinc, one can only imagine that what happened to oil will not occur, sold out, because the metal is in solid hands: China for the 50%, the 35% it is under the control of large western private groups and the rest 15% is in the hands of independent producers.